The first new development of GE Healthcare, a world leader in the healthcare industry, is called the Discovery MI, a positron emission tomography scanner (PET-CT). New features include a revolutionary method for quickly identifying faster decaying tracers than was previously possible in clinical practice. Developers believe that it will open a new page in brain research. Now, almost every website specializing in medical equipment has featured this scanner and its exciting list of new capabilities.

As for the second scanner, namely the Discovery NM/CT 670 CZT, then this unit is also based on a previously known technology, single-photon emission computed tomography (SPECT-CT). The novelty of this model is that it uses cadmium zinc telurida (CZT) as a detector to convert gamma rays into electronic signals without the use of crystals or photomultiplier tubes. This addition will significantly improve contrast and resolution of acquired images, which makes it possible to distinguish even the most minor injuries that would previously go unnoticed. 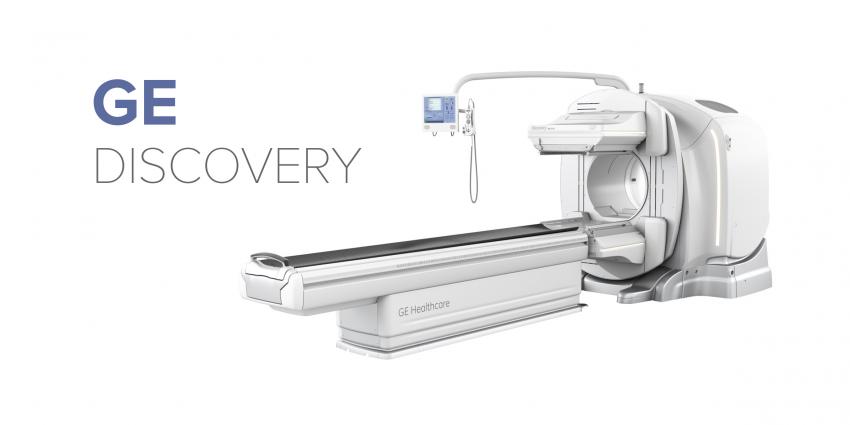 It should be noted that the Discovery NM/CT 670 CZT is not the first scanner where CZT technology has been used, but in comparison with its predecessors, it has many advantages. First of all, similar scanners can only be used to image individual organs, while the Discovery NM/CT 670 CZT is able to do full body scans. This not only decreases scan times, but also lowers radiation exposure.

This new scanner is first and foremost a valuable tool because it's able to image the most minor injuries. This is particularly important for the assessment of the nervous system where anatomical disorders don't always match up with functional disorders. The scanner also provides the possibility of assessing  treatment response.

After analyzing all of the above it can be concluded that the new developments from GE Healthcare are an important step for further innovations in not only computed tomography, but medicine in general.