Bench surgery – the surgery of the 21st century

By the World Health Organization’s (WHO) estimates, cancerous disease incidence in the world’s population will increase by 70% within the next 20 years. For this very reason, scientists and researchers from all over the world are actively working to create new drugs and devices designed to treat people suffering from oncological diseases.

As it turned out, the HIFU technique – high-intensity focused ultrasound therapy – is one of the most efficient and safe methods. Back in 1956, scientists assumed HIFU to be an efficient technique to treat malignant neoplasms. However, the development and improvement of the technique, achieved within the last decades, as well as its combination with powerful medical imaging devices used in Image-Guided Therapy (patient treatment controlled using ultrasound, CT, and MRI), have proven its importance in the field of oncology. 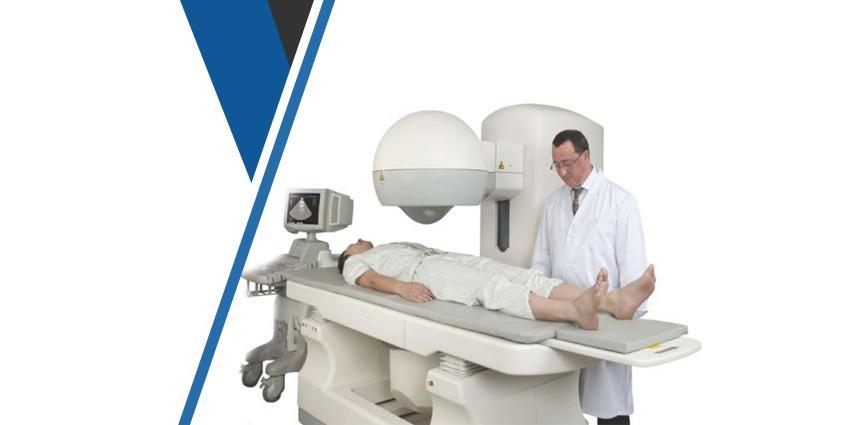 What effect does the machine have?

The HIFU machine produces heat energy and ultrasound cavitation at the point where ultrasound beams concentrate. They focus at the volume of 3 mm × 3 mm × 10 mm for just a few seconds and increase its temperature to 60 °C or more, causing tumor tissue controlled coagulation necrosis. To prevent skin burns and undesirable effects on surrounding tissues, the device is equipped with a large-diameter converter increasing the ultrasound beam entry angle to 80°.

While influencing tissues, focused ultrasound beams are capable of producing about 17 biological effects, which are used as treatments for tumors found in various body sites. The main effects are as follows:

1. Tissue destruction due to the thermal ablation.

When the focused continuous ultrasound beam effects the tissue, the temperature at the focal point increases to 60 °C or more, leading to the tumor tissue destruction due to coagulation necrosis. This effect provokes cell membrane denaturation and is achievable on the tissues with the volume of up to 10 mm3.

Because of local hyperthermia, the natural body response to pharmaceuticals and oxygen increases due to the enhanced absorption rate and local action. Moreover, focused ultrasound beams improve drugs extravasation into surrounding tissues, creating close contacts between endothelial cells, and when combined with injected microbubbles, they open up the blood-brain barrier to safely deliver drugs to the brain.

3. Other effects, including sensitization to chemotherapy and radiotherapy.

Immunomodulation, which is induced by three focused ultrasound modes, namely hyperthermia, thermal ablation, and mechanical destruction, is very important as well. Due to the cavitation effect, the vessel permeability increases, and it contributes to the natural killers (CD4, CD4 +, CD8, NK) accumulation in the tumor tissue. Thanks to this process, the body natural immune response increases. 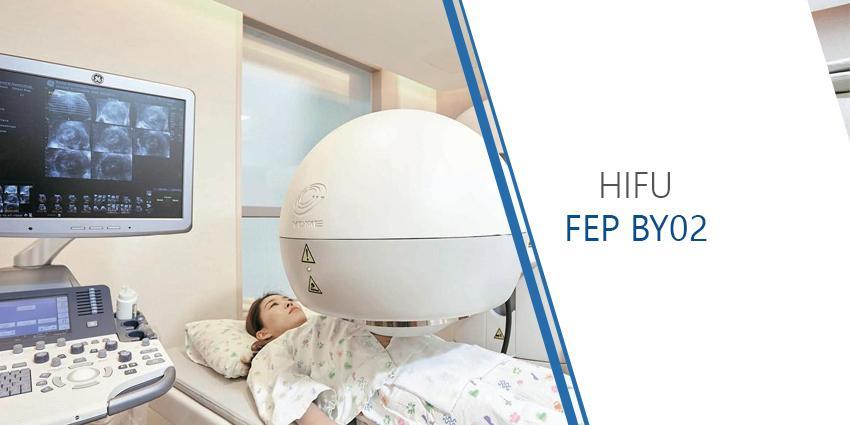 The ultrasound ablation system has a wide range of indications to treat benign and malignant neoplasms of different origin. In total, the FEP-BY02 machine is recommended to be used when conducting therapy for 72% of cancer patients, suffering from:

Patients with malignant neoplasms are treated strictly according to modern protocols according to the disease state and the patient’s condition. However, each type of treatment has its advantages and disadvantages. Surgical treatment is usually of a traumatic nature, it may lead to disability and results in a number of postoperative complications. Chemotherapy and radiotherapy are not always efficient and seriously affect the body as a whole. At the same time, the ultrasound ablation system is considered to be no less efficient in the patient treatment, and in most cases, it is even more efficient than basic medical techniques. Moreover, unlike all basic methods, it does not have side effects and includes a number of advantages among which are the following: 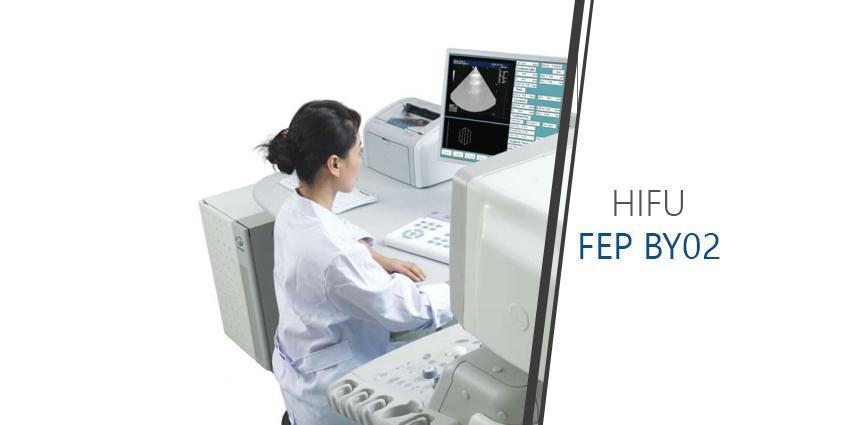 As of today, the ultrasound ablation technique is already actively utilized to fight malignant neoplasms all over the world. In more than 60 countries, the HIFU method belongs to standard cancer treatment procedures. Eleven types of oncological diseases are included in the state guarantee program for high-tech medical care provision in Russia. More than 150,000 patients worldwide have received treatment using the HIFU system, what actually substantially proves the high efficiency of this technique.