The new EasyOne Air device manufactured by ndd Medical Technologies is a leap forward in lung examination. It has a lot of advantages, and the most important one is the possibility to use it as a portable spirometer, as well as a fully-featured stationary device. Due to modern TrueFlow technology, the device makes it possible to conduct examinations, avoiding calibration but maintaining high accuracy of the examination results. The Swiss company ndd Medical Technologies has won the recognition all over the world for developing this intelligent and convenient spirometer which can be used in ambulances. 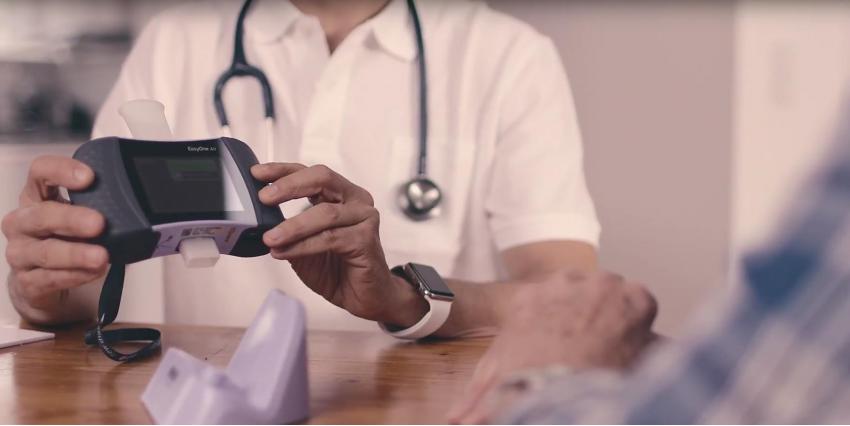 The efficient flow of body processes depends on many factors, and one of them is the lungs functioning. To get a real presentation of the respiratory system condition, it is necessary to undergo a spirometry procedure which determines the main indices of the lung function and visualizes the breathing process as well. Formerly, older technologies were utilized to conduct this procedure. However, since the new EasyOne Air device was introduced, the procedure has become easier, more accurate, and faster.

EasyOne Air is a new generation contactless spirometer which does not require any calibration. Through utilizing modern technologies, the Swiss company ndd Medical Technologies has developed a device which can be used in primary health care. 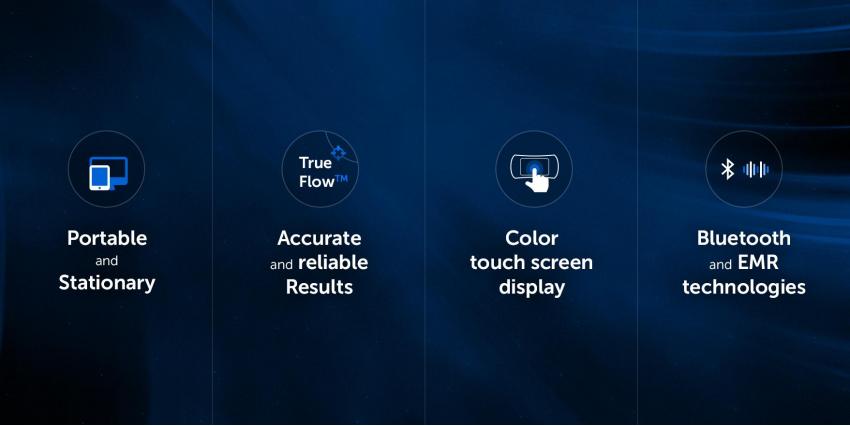 The device has a number of features including:

Using the device, you will ensure obtaining the most precise results regardless of the external environment, the patient’s location, and the number of tests conducted. The device can operate to carry out a hundred tests without additional charging while data obtaining and processing is conducted using an entirely contactless technique.

This healthcare novelty includes an injection control feature, due to which the device cleaning routine is minimal. All parts of the device which are anyhow influenced by a patient are disposable. That is why the sensor always remains clean, no moisture can penetrate inside the device, and all the device cleaning procedures are reduced to an ordinary wiping the surface with a cloth. 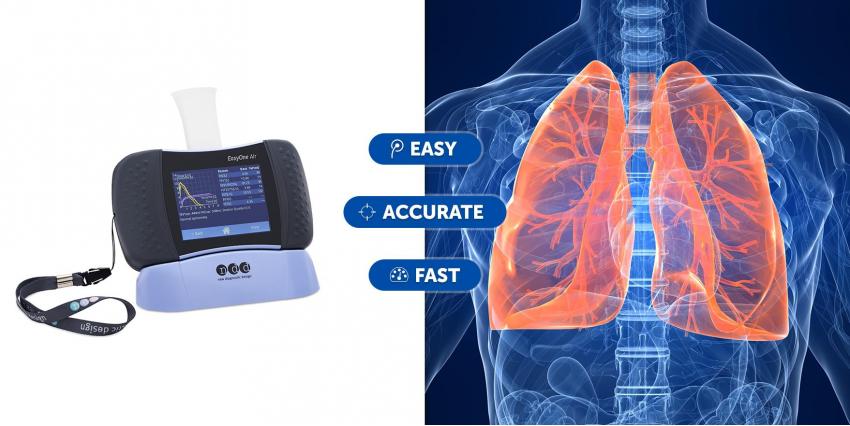 The EasyOne Air device's technical specifications overview has shown it can be continuously used for as long as a lifetime with every confidence about the accuracy of the results obtained. The device reliability was shown during large medical forums which allowed it to confirm its reputation once again. Using the device in two modes allows viewing the sketchy information in a portable mode and obtaining fully expanded charts of the lung system in a wide-range mode.