ELASTOGRAPHY WITH THE ARFI-VTQ METHOD

Patient P. Menopause during 10 years. Born in 1955. She sought medical advice on her own complaining of some discomfort and formation in her left breast palpable within two months. She had an ultrasound examination in the district hospital in August 2016. No focal lesions were revealed.

On January 03, 2017, she was examined using shear wave elastography on Acuson S2000 machine. In the upper outer quadrant at 12 or 1 o’clock position, we revealed a reduced echogenicity lesion of the heterogeneous structure with obscure irregular contours, with contour desmoplasia area, main blood supply, vertically oriented, gives a distinct acoustic shadow, sized 17.2 * 13.4 mm. In the left axillary space, an enlarged to __14,6__ mm lymph node is visible, the structure is not preserved, corticomedullary differentiation is altered. According to BI-RADS scale – 5.

This case shows once again that premium or expert class equipment is needed to reveal maladies at preclinical stages of development. 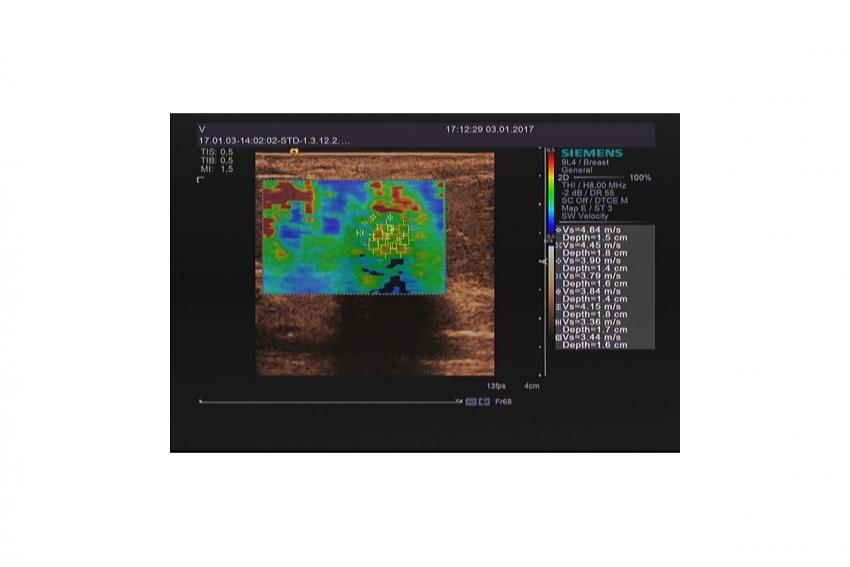 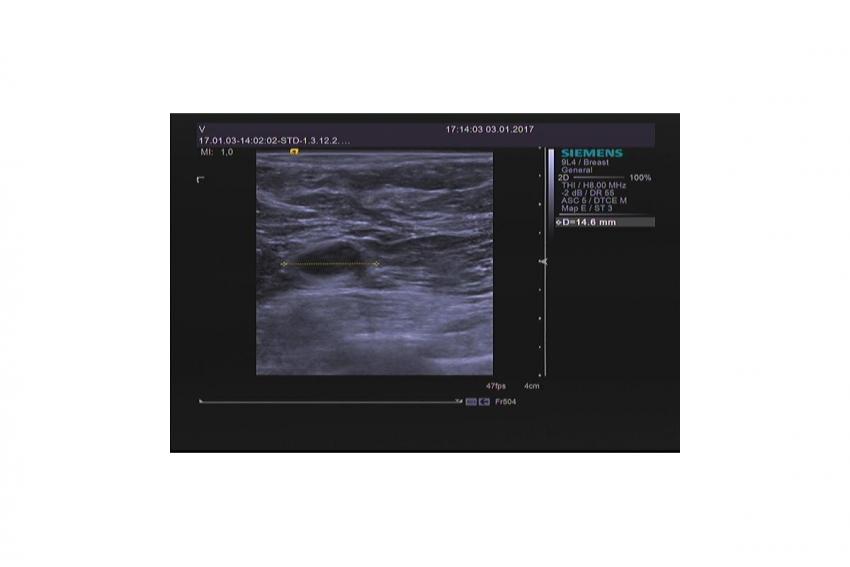 Recommended ads for the article